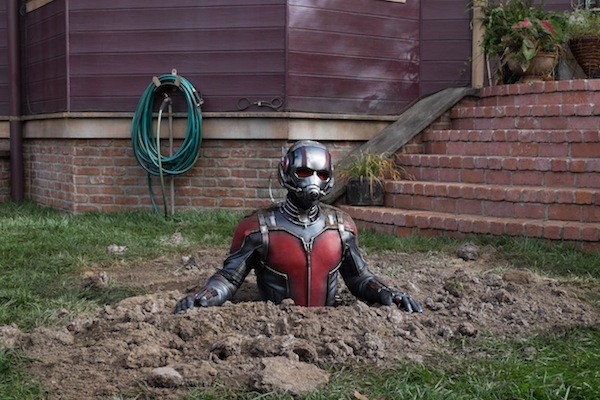 ANT-MAN (2015). After the overkill of Avengers: Age of Ultron, it was nice to see Marvel return to a comparatively small-scale effort — in more ways than one. The diminutive superhero at the center of Ant-Man may not be a marquee name among the masses, but he's enjoyed a lengthy career in comic form. Created by Stan Lee and co. in 1962, Ant-Man was the alter ego of scientist Hank Pym — a founding member of the Avengers, he was also responsible for accidentally creating the villainous robot Ultron (obviously, the films stray dramatically from the inked page). Others later donned the Ant-Man suit, most notably Scott Lang beginning in the late 1970s. This screen version neatly folds these threads together by positing Pym (Michael Douglas) as an older man no longer able to suit up and Lang (Paul Rudd) as the younger guy he chooses to succeed him. Pym's recruitment of Lang is charged with urgency, as he needs someone to assist him in stopping his former protégée, the ruthless Darren Cross (Corey Stoll), from discovering the formula, the so-called "Pym particle" that allows a man to shrink to insect size, and selling it to the highest-bidding evildoers. What allows Ant-Man to flourish is that it largely turns its back on the solemnity and self-importance that occasionally hamper Marvel features and instead traffics in the same sort of freewheeling frivolity seen in the previous summer's smash, Guardians of the Galaxy. For that, thank Rudd, a scene-stealing Michael Peña (as Lang's ex-con buddy), and the ability of the screenwriters to include witticisms both verbal ("tales to astonish" is there for the comic fans) and visual (love the bug zapper, and is that oversized toy with the happy face a nod to Ghostbusters?).

Blu-ray extras include audio commentary by Rudd and director Peyton Reed; a making-of featurette; deleted scenes; and a gag reel.

THE NAKED GUN 2-1/2: THE SMELL OF FEAR (1991) / NAKED GUN 33-1/3: THE FINAL INSULT (1994). The ZAZ team behind Airplane! and Kentucky Fried Movie — Jerry Zucker, Jim Abrahams and David Zucker — briefly turned to television and created Police Squad! ("In Color!"), a 1982 comedy series in the style of their big-screen successes. Unfortunately, boob tube audiences more used to the gentle and predictable humor of the likes of The Love Boat and One Day at a Time were bewildered, and the show was cancelled after a paltry six episodes. But the story doesn't end there, since the gang brought series star Leslie Nielsen and his character, the clueless Lieutenant Frank Drebin, to the multiplex with 1988's The Naked Gun: From the Files of Police Squad! The picture was a critical and commercial success and led to two sequels, both of which are finally making their Blu-ray debuts in separately sold editions. 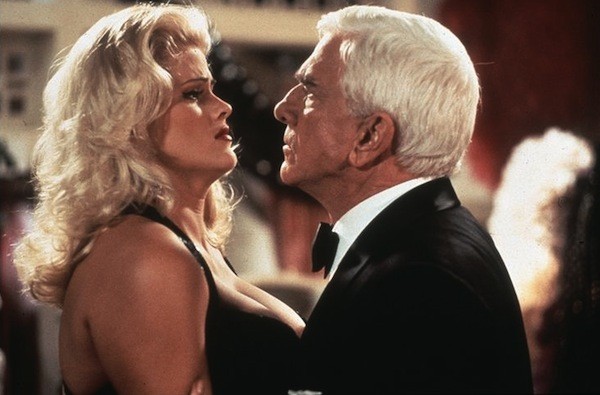 The Naked Gun 2-1/2: The Smell of Fear may not deliver as many sustained laughs as its predecessor, but the hit-to-miss ratio of its comic content is still high, as Drebin squares off against anti-environment baddies led by the debonair Quentin Hapsburg (Robert Goulet). The Naked Gun 33-1/3: The Final Insult is on shakier ground, with the template finally running out of steam. There are still enough gags worth catching, though, with the plot finding Drebin attempting to stop a homegrown terrorist (Fred Ward) scheming to blow up the Academy Awards ceremony. Nielsen's co-stars from the first picture — Priscilla Presley as Drebin's true love Jane Spencer, George Kennedy as his often befuddled commanding officer Captain Ed Hocken, and O.J. Simpson as hapless fellow detective Nordberg — all return for both sequels, and all again prove to be good sports (although Simpson's appearances now add a level of discomfort that were obviously not there pre-murders). Look for the Weird Al Yankovic cameo in both flicks (he was also in the original), and that's the late Anna Nicole Smith in the third film as Ward's moll.

There are no extras on either Blu-ray. 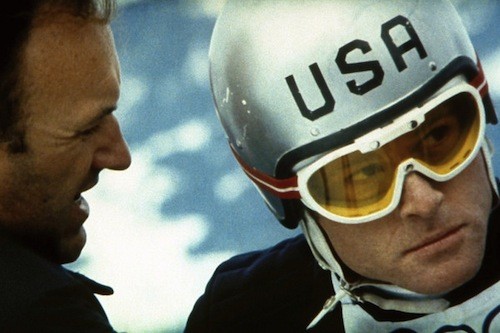 A BULLET FOR JOEY (1955). This hot-and-cold affair finds a Canadian detective (Edward G. Robinson) trying to piece together a mystery that involves an exiled American gangster (George Raft, dull as always), a moll (Audrey Totter) with the proverbial heart of gold, and a nuclear scientist (George Dolenz) being pursued by a Communist outfit. The great Robinson seems particularly weary here; then again, this noted Democrat and American patriot was having to deal with the odious HUAC/Red Scare hysteria during the early part of the decade (see Trumbo).

The only Blu-ray extras are trailers.

DOWNHILL RACER (1969). The sort of somber, minimalist drama that can only be found in the cinema of the late 1960s and early '70s, this finds an excellent — and thoroughly unlikable — Robert Redford cast as an arrogant and self-centered skier who joins the U.S. Olympic team seeking personal glory. Gene Hackman co-stars as the coach; the film's MVP is the astonishing, you-are-there ski footage.

Blu-ray extras include interviews from 2009 with Redford, screenwriter James Salter, editor Richard Harris, and others; audio excerpts from a 1977 American Film Institute seminar with director Michael Ritchie; and a promotional feature from 1969.

F/X 2 (1991). The nifty 1986 sleeper hit F/X was followed by this ridiculous, implausible yet occasionally exciting yarn in which special effects man Rollie Tyler (Bryan Brown) uncovers police corruption and turns to ex-cop Leo McCarthy (Brian Dennehy) for assistance. Besides Rollie and Leo, the only other returning character is likable lonelyheart Marisa Velez (Jossie deGuzman); her ultimate fate can't help but leave a bad taste in the mouth.

Blu-ray extras consist of a vintage making-of featurette and theatrical trailers for F/X and F/X 2.

QUEEN OF BLOOD (1966). 1958's It! The Terror from Beyond Space is an acknowledged influence on Alien, but I daresay that some of this film's DNA can also be found in its extraterrestrial composition. Set in the year 1990, this largely takes place on a spaceship whose members have picked up a green-skinned humanoid Martian (Florence Marly). It turns out that she requires blood to live, and she soon starts picking off the crew members like a space-age vampire. This dry endeavor picks up steam during its final half-hour, but by then, most viewers will have checked out.

Blu-ray extras include an interview with Roger Corman.