And So It Goes: And good riddance | Reviews | Creative Loafing Charlotte

And So It Goes: And good riddance

AND SO IT GOES
*1/2
DIRECTED BY Rob Reiner
STARS Michael Douglas, Diane Keaton 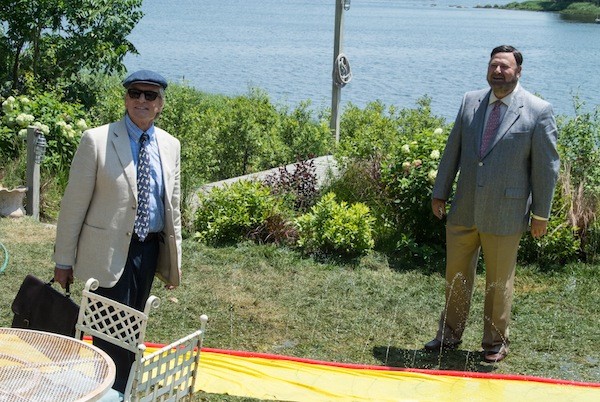 Are there any slots left on the CBS prime-time fall schedule? Because here's a doozy of a concept, just perfect for the boob tube: A cranky senior citizen makes life miserable for those around him until he's unexpectedly burdened with a granddaughter he never knew he had. To help him raise the 10-year-old child, he enlists the aid of his next-door neighbor, a weepy lounge singer. Hilarity ensues. Or not.

That's the fossilized plot of And So It Goes, an anemic comedy that somehow avoided becoming a torturous TV series starring Gerald McRaney and Delta Burke and instead showed up in theaters starring Oscar winners Michael Douglas and Diane Keaton. But make no mistake: This is sitcom material all the way, more so given the laughtrack-ready beats provided by director Rob Reiner (who hasn't helmed a decent picture since 1995's The American President) and writer Mark Andrus (basically swiping the playbook of his overrated As Good As It Gets screenplay). Keaton is saddled with a flimsy role that's beneath her, although that seems to be her lot in life these years; for his part, Douglas is allowed to display a bit more range but does have to share scenes with a defecating dog. It's depressing to consider if, for these two talented stars, this is now as good as it gets.

And So It Goes