American Hustle is an American beauty 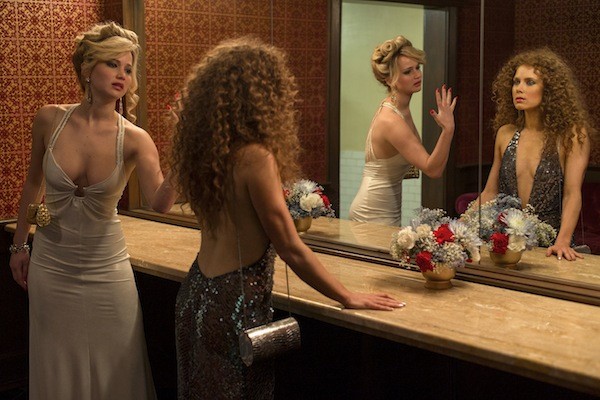 Is it fair to David O. Russell to call American Hustle the best Martin Scorsese film Martin Scorsese never made? Deliriously alive on screen, with an energy that's often electrifying, it's a movie that in its best moments recalls Scorsese's gangster classic GoodFellas, with a bit of Paul Thomas Anderson's Boogie Nights thrown in to sweeten the pot. Russell, who's been on a recent tear with such Oscar heavies as Silver Linings Playbook and The Fighter, has stepped up his game even further here, and whether he swiped Scorsese's own playbook ultimately doesn't matter, as he does enough on his own to justify his increasingly elevated standing among contemporary American directors.

A wink-wink disclaimer at the start makes note of the fact that, while this is based on a true story, much of it didn't really unfold as it does on the screen. The film uses as its anchor the Abscam sting operation that took place in the late 1970s and early 1980s, when the FBI managed to nab several politicians on charges of bribery. The bureau employed a con man named Melvin Weinberg to assist in prepping the investigation, and that's where Christian Bale comes in. He plays Irving Rosenfeld, the fictionalized version of Weinberg. In a fantastic opening scene, we watch as Irving patiently and meticulously gets his comb-over (complete with fake puff of hair) just right, signaling that this will be a movie in which surface appearances count for a lot but can just as easily be wrecked (as happens to that comb-over).

Irving works alone on his cons, but that changes after he meets and falls for Sydney Prosser (Amy Adams), whose classiness and sex appeal allow him to succeed like never before. But zealous FBI agent Richie DiMaso (Bradley Cooper) manages to bust Sydney, which enables him to blackmail the couple: Snag some bad guys for the agency and the lovebirds can walk away. It sounds like a sweet deal, but it grows increasingly complicated as it progresses, with Richie electing to go after bigger game, Irving worrying about his new friendship with a beloved Jersey mayor (Jeremy Renner) and Irving's unpredictable wife Rosalyn (Jennifer Lawrence) threatening to gum up the works.

There's more — so much more — and it's all delivered by Russell and his co-writer Eric Singer in a manner that feels free-flowing but is actually tightly scripted (albeit with improvisational bits by the cast members). The entire cast is superb — Bale's baleful glares at Richie and exasperated ones at Rosalyn suggest he might have had a place in silent cinema — although it's the ladies who take top honors. Adams, generally cast as sweet, soulful women (see the upcoming Her for the most recent example), gets to be sexy, smart, duplicitous and even piteous, and she nails every facet of this fascinating character. As for Lawrence, she continues her big-screen conquest, building on her triumphs with a hysterical (in both senses of the word) turn as a blowsy wife who fancies herself the heroine of this sordid saga. The scene in which she and Irving argue over a newfangled device called a "science oven" — that's a microwave to you and me — is a keeper, and if the film's a hit, then "science oven" might be the most bandied-around movie catchphrase since "I drink your milkshake."