All the Money in the World: Plum role for Plummer | Reviews | Creative Loafing Charlotte

All the Money in the World: Plum role for Plummer

ALL THE MONEY IN THE WORLD
**1/2 (out of four)
DIRECTED BY Ridley Scott
STARS Michelle Williams, Christopher Plummer 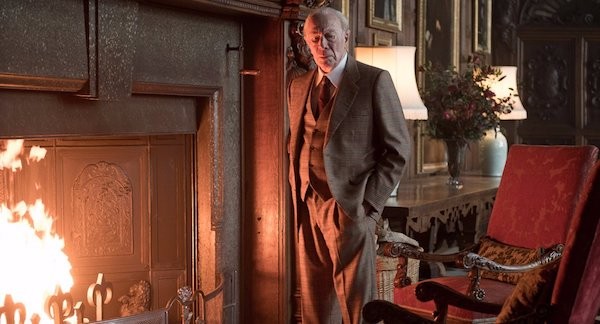 It didn’t exactly require all the money in the world, but Sony nevertheless had to cough up a sizable chunk of change to reshoot certain scenes in All the Money in the World. Even with the decision coming less than two months before the film’s official release date, director Ridley Scott pulled it off, with Christopher Plummer effectively stepping in for the scandal-struck Kevin Spacey and co-stars Michelle Williams and Mark Wahlberg doing their part by returning to the filmic fold to redo their scenes. It’s an impressive example of Hollywood professionalism and efficiency — it’s just a shame the movie itself isn’t a bit more compelling.

The real-life framework remains intact: Miserly J. Paul Getty (Plummer), the richest man in the world, refuses to pay the $17 million ransom when his 16-year-old grandson John Paul Getty III (Charlie Plummer, no relation) is kidnapped while living in Italy. It’s a workable scenario, but the execution is often more arid and aloof than incisive and intriguing — worse, scripter David Scarpa (working from John Pierson’s 1995 book Painfully Rich: The Outrageous Fortunes and Misfortunes of the Heirs of J. Paul Getty) must have felt the need to somehow pump up the volume, since the story takes some ridiculously fanciful turns (particularly during the third act) that would have made more sense on a vintage episode of Walker: Texas Ranger.

As Fletcher Chase, a former CIA agent who now serves as Getty’s hands-on advisor, Wahlberg is game but miscast — faring much better is Williams, who, as the kidnapped boy’s mom, brings conviction to what could easily have been a rote role. Still, it’s the last-minute replacement who saves the day — and the movie. Playing Getty as Scrooge writ large, Christopher Plummer delivers a superb performance, providing the part with the richness it requires.