A Walk Among the Tombstones: Neeson Central 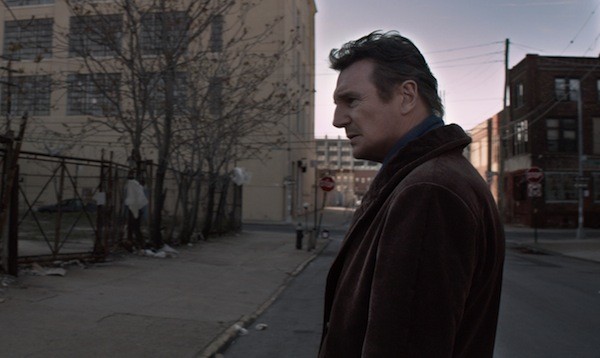 Filmgoers interested in seeing a solid thriller in which a magnetic movie star plays a taciturn loner who excels at making life miserable for unrepentant scumbags — well, they'll have to wait a few more days until The Equalizer opens. In the meantime, they're welcome to cut their teeth on A Walk Among the Tombstones.

An adaptation of one of author Lawrence Block's countless novels featuring the character of Matt Scudder — it's only the second Scudder saga to hit the screen, following 1986's 8 Million Ways to Die (with Jeff Bridges essaying the role) — Tombstones certainly isn't bad, and it will make an excellent Netflix streaming option on some chilly Saturday night in the near future. Its chief draw is, of course, Liam Neeson, who seems perfectly content turning down tony films like Lincoln in order to play variations on a gravel-voiced man of action. Here, he lends his usual conviction to the project, playing an unlicensed private detective who reluctantly agrees to an assignment submitted by a drug trafficker named Kenny Kristo (Dan Stevens). Kristo's wife had been kidnapped by two men, and even after he paid the ransom, she was tortured and killed anyway. Now he wants Scudder to locate the psychos so he can exact his revenge, but as Scudder investigates, he learns that this goes deeper than just one murder.

Hotshot scripter Scott Frank (Minority Report, Get Shorty, Dead Again) also doubles as director on this film, and he errs by wallowing in the horrific deeds being committed against the various female victims (sample atrocity: breasts being sliced off bodies). This adds a queasy level to the picture that it never quite shakes, and unlike past Neeson actioners in which he's providing catharsis by bloodily dispatching of evildoers every couple of scenes, this is a slow-burn of a film that doesn't provide much relief until late in the game — and then proceeds to botch that with an illogical and unsatisfying denouement. Still, Neeson's gumshoe routine is interesting to track, and the relationship between Scudder and a homeless kid (Earth to Echo's Brian "Astro" Bradley) who becomes his unofficial sidekick is nicely handled. A Walk Among the Tombstones may not be prime Neeson, but it's confident enough and competent enough to warrant another Matt Scudder adventure squeezed in between further Taken sequels.