A Murmur of Reflection (Sound Studios)

Legendary Charlotte studio is set to close its doors 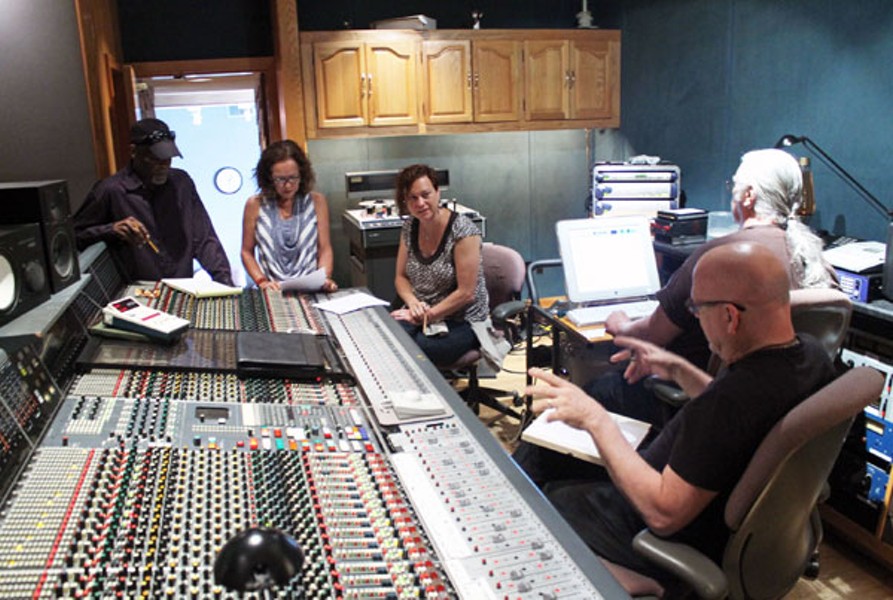 For most of its life, stories about Charlotte's Reflection Sound Studios began with a Murmur — and rightly so. The 1983 debut LP from Athens' R.E.M. conspicuously rejected every popular production technique in that oversynthesized and polished-to-a-sheen era and became a template for the college-rock radio movement in the process.

The record's arty song structures, jangling guitars, mumbled vocals and veiled lyrics also made hot commodities of Mitch Easter and Don Dixon, co-producers for that record and its follow-up, 1984's Reckoning, which was also put to tape at Reflection.

Though plenty of famous artists had recorded at Reflection before them, R.E.M. put the studio, and by extension Charlotte, on the rock music map for a new generation of music fans. Soon after its release, musicians from all over the U.S. and as far away as Australia booked time in the studio in the hopes that some of that R.E.M.-at-Reflection magic would rub off on them.

But since the digital music revolution, what was once lure has become epitaph. After 45 years and hundreds of albums ranging from the sublime to the silly, Wayne Jernigan's studio is scheduled to succumb to the contraction of the music industry on June 2 and shut its doors forever.

"There's no perceived value to what we have anymore," says the 72-year-old Jernigan, who got his start drumming in the '60s for country legend Ernest Tubb. "Anybody who's got a computer and ProTools thinks they can do what we do here. But it's taken years for us to hone our skills to be able to deal with anything that comes through the door, and do it in a manner that's going to hold up against anybody else's work anywhere."

As the eulogies have rolled in over the last few weeks, the focus has been on the big names from across the sonic spectrum who recorded there: Allen Toussaint, Robert Plant, Joe Walsh, Joe Cocker, Whitney Houston, Al Kooper, Yolanda Adams, Aerosmith, Cece Winans, Anthony Hamilton, Buddy Guy, Aaron Neville, Mary J. Blige and the Dixie Chicks among them.

But professional studios aren't all glamor names and platinum records. They're also the collection of people — producers, engineers, studio musicians — who work there, the local/regional musicians who scrape together enough cash to record during off hours for reduced rates, and commercial enterprises requiring professional sound. That blend also made Reflection unique to the region.

"You'd be recording a rock band in Studio A and they'd be doing commercial voice-overs in the next room and a children's album in Studio B," says Easter, whose last Reflection production credit was the Aussie band Hummingbird in the early '90s. "It was a neat mix, but [the studio] existed in a kind of strange twilight for years."

Readying the studio on a late-May Saturday for the final recording sessions, Jernigan and engineer Mark Williams recall that eclecticism with stories about Loonis McGlohon's infamous "I'm a Super Duper Pooper" children's song and Tammy Faye Bakker's PTL gospel recordings. They may not have been as musically memorable as, say, James Brown recording a "lost album" in 2005 (the mercurial singer died a week before the LP was finished and it's been in estate purgatory ever since) or Kirk Franklin's 1997 triple-platinum God's Property, but they were part of the Reflection fabric, too.

An even more vital part of the Reflection story was the catalog of local and regional bands who recorded there. The list — including Dixon's own '80s band Arrogance, Fetchin' Bones, the Spongetones, Corrosion of Conformity, The Connells, Southern Culture on the Skids, David Childers and Lou Ford, to name just a handful — reads like excerpts from a regional Hall of Fame ballot. And many of them were drawn to Reflection by the seismic shift in the recording business that Murmur and Reckoning represented.

"Those records became really important in recording circles — that roomy rock sound," says Williams, who worked as a Reflection engineer from 1980 to 1997 before going freelance. "So, this kind of a room, and this kind of an approach, became increasingly a factor."

The extent of that influence is told in the story of regional favorites Fetchin' Bones. Hope Nicholls and her husband Aaron Pitkin moved to Charlotte from Burlington, Vemont, in the early '80s, hoping to become part of a new Southern rock scene that also included bands like R.E.M., Pylon and Guadalcanal Diary. The couple had been here only a day or two when a friend called and told them to come down to Reflection where they were hanging out with R.E.M., then recording Reckoning.

"We idolized R.E.M., literally worshipped them, so to get to know them and to see them making Reckoning was just amazing," says Nicholls, who soon formed Fetchin' Bones and later signed to Capitol. "Then when Dixon told us, 'You're going to get to record at Reflection, you're signed now,' I was like, 'Holy shit, we're going to record there!'"

For years, that type of reaction was common for artists. Fred Mills, Creative Loafing's music editor during Reflection's late-'80s/early '90s heyday, recalls musicians from other cities and countries regularly asking about the studio whenever he told them he was based in Charlotte.

"Its reputation as both a tastemaker in the music industry and a state-of-the-art facility definitely spread far and wide," says Mills, now the editor at Blurt magazine. "This was no small thing, either; Charlotte had always labored under the shadow of the far more musically prominent Triangle area, so to have a calling card like Reflection that could attract industry attention was absolutely invaluable."

Mills regrets that the city's powers never took full advantage of Reflection's status to promote a music/arts infrastructure. But in the wake of the digital revolution, and the jobs slaughter that's followed, Chamber of Commerce cheerleaders might not have mattered much to the studio's fate. Whether the city nurtures what's left of its music scene or not, though, Reflection will always play a starring role in its history.