And a little bit soul, house, jazz and such

L.A.-based DJ/singer Vikter Duplaix -- the dude behind the song "Make a Baby" -- stopped by Loft 1523 last Friday to make people get their asses shaking.

Toby Keith performs at Verizon Wireless Amphitheatre on June 20. The country singer's stage, by the way, was set up to look like the front of a Ford truck. I think somebody's been watching too many episodes of Trick My Truck.

Dude, where's my board? 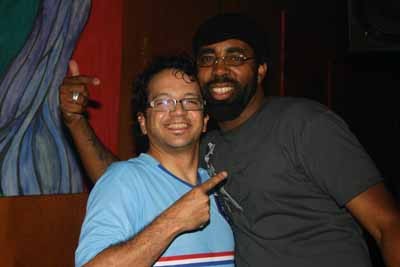