A lie and a legacy: How I came to know the soon-to-close Reflection Sound Studio

When a story sounds too good to be true, it usually is. 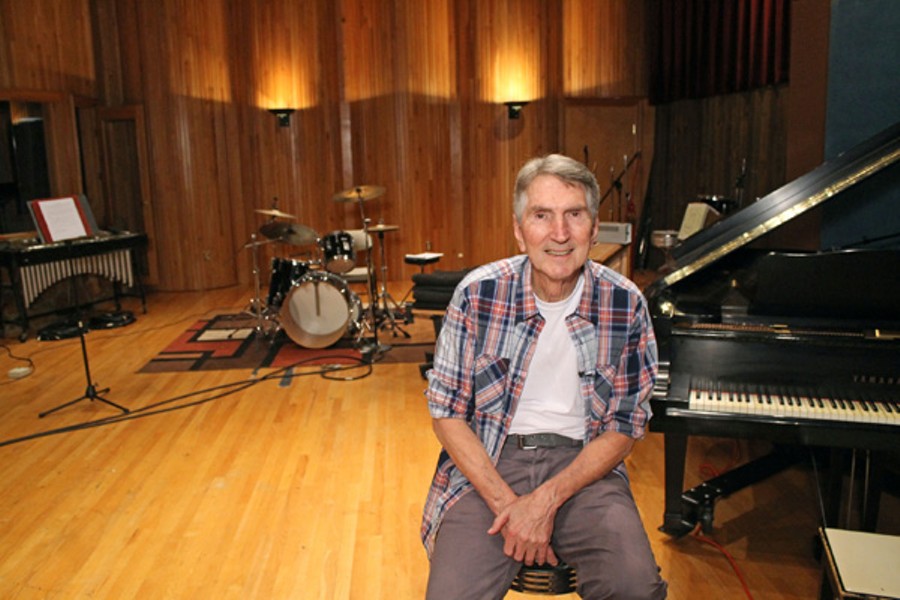 James Cartee — or "Xavier N," depending on who you ask — is a familiar name in local acting circles, and for good reason. The founder of the theater troupe Citizens of the Universe is known for his fierce advocacy of local arts and his unexpected productions. Once, after a rain storm knocked out the lights during his adaptation of Fight Club — staged in a parking lot — he had the clever idea of turning on some car headlights to illuminate the set. Cartee's work embodies the kind of rogue community theater you find in New York or London, not Charlotte. His shock-and-awe style even earns the regular praise of CL's long-standing theater critic.

So when Cartee approached me last year to sell a story about his new artist commune that would, simply by existing, defy Plaza Midwood's transformation into one big apartment complex, I lapped up every word.

He began his pitch by tugging at my heart strings.

A stranger walking through the rain stumbled upon the production of Fight Club, familiarized himself with Cartee and eventually approached him with a proposal. The man — who I'll refer to as "Bob," since Cartee never gave me his name — was dying and needed to quickly bequeath his fortune. As mutual advocates of local theater, Bob wanted to entrust Cartee with millions to start a project that would serve local artists. Without many restrictions from Bob, Cartee gladly accepted the offer. Then, he went to work imagining The Universe.

The Universe would serve as an incubator for local artistic talent, Cartee told me. Cartee said four "business partners" used Bob's money to purchase the block of Central Avenue across from Central Coffee and would transform the existing buildings — Reflection Sound Studios, which sits at the opposite end of some empty storefronts, Grand Central Events and an old but charming red brick apartment building — into performance and living space for actors and construction space for set designers. They would even build a full-blown commercial kitchen for up-and-coming chefs.

When I pressed for details about Bob in our second interview, Cartee's voice softened as he described their last few meetings. Bob died just before Christmas 2012, he said. "Finally, it got to where he couldn't meet me, [so] I had to meet him. He just kept saying, 'Just make sure that whatever you do, whatever becomes of this thing, make sure that it's very grassroots. Make sure it helps locals.'"

When I asked about construction logistics, Cartee told me that he'd hire a team to remodel most of the space but would keep Reflection's recording equipment for musicians.

As a relative newcomer to Charlotte, I often miss conversational references to local history. When I excitedly related Cartee's story to my co-workers — art! theater! a dying angel investor! the soul of Plaza Midwood! — our music editor stopped me. He wasn't aware Reflection and its adjoining properties were on the market.

That's because, technically, they weren't.

Wayne Jernigan is 72 but carries himself like he's 30. Tall and broad-shouldered, a life-long commitment to the drums has given him the quiet strength of a manual laborer.

In some ways, he's done heavy lifting practically his whole life. About 45 years ago Jernigan bought an old music studio on South Boulevard that had recently closed, moved shop to Central and built it into Reflection Sound Studios. And he has managed to remain relevant in the industry since. Last year, his team recorded a top-selling gospel album.

The studio is known for its work in the genre, but it used to attract the likes of James Brown, Whitney Houston and Robert Plant. R.E.M. recorded their first two albums, Murmur and Reckoning, there in the '80s.

"Reflection has the same amenities as the best professional studios in any city, with the added bonus of having fewer ... um ... distractions than N.Y.C. or L.A. or Nashville," regular CL contributor John Schacht wrote me when I asked about the rise of the studio. "Musicians tended to hunker down and get to it here." (Look for John's piece on Reflection's musical legacy in the June 5 edition of CL.)

Still, I was surprised to hear Reflection and the adjoining property would soon close for good. According to various news reports, a developer plans to raze the buildings to make way for apartments.

Jernigan never officially listed his property — doing so would have scared potential studio and Grand Central clients, he told me last year — but he'd still get offers. Apartment developers eager to occupy what's becoming one of the hippest neighborhoods in Charlotte had approached him with millions over the years, as had a national car repair business and a discount retail store. But he always held out. He told me he wished a restaurateur would transform the empty storefront into a vibrant eatery or that a local business would buy Grand Central and maintain the priceless mural of jazz players on its side. He was adamant about holding onto the "soul" of the neighborhood for as long as he could.

And he wanted to stay as far away from Cartee as possible.

Here's the truth. Cartee had approached Jernigan with his idea — Bob, The Universe — and Jernigan liked what he heard. When pen and paper got involved, Cartee went mostly silent, much as he did when I sent him numerous concerned emails after a quick search for the property owner turned up Jernigan, not Cartee or anyone else.

"I'm not sure actually about the timeline on the deed/money transfer," he wrote in the last email he sent me, in March 2013. "I thought that had occurred but the owner once that has happened would be the fund [Bob's money] ... hope all is going well! -x"

The oddest part — and there are a lot of odd parts — is that while Cartee avoided Jernigan, he spread rumors that he had bought the property. Employees of Grand Central began asking Jernigan if he had sold after Cartee visited and told them as much.

By the time I called Jernigan to ask about The Universe, he was so fed up, he mentioned a possible restraining order against Cartee. (He was kind enough to invite me into the studio, though, and give me a tour.)

I can say with certainty The Universe is not coming to Jernigan's corner of Plaza Midwood, but I can't say Bob never existed, though the usual search methods of the deceased don't come up with anyone who fits Cartee's vague descriptions. I haven't heard from Cartee, but CL recently reviewed his latest show, a theatrical adaptation of The Big Lebowski.

I still can't figure out why he lied. (If it was some kind of guerilla-style theater piece, the only audience he ever had was a disgruntled business owner and a peeved reporter.) I'm a little disappointed he did, and not because I lost a day of research and was a small fact-checking step away from losing my career, too. Had it come to fruition, his idea would have been a small victory against developers who are taking over the neighborhood. It would have served creatives in Charlotte who keep losing their turf to shiny new construction projects and population growth.

Though I buy bullshit from time to time, I'm no fool. I know such pipe dreams always lose against money. RIP, Reflection.