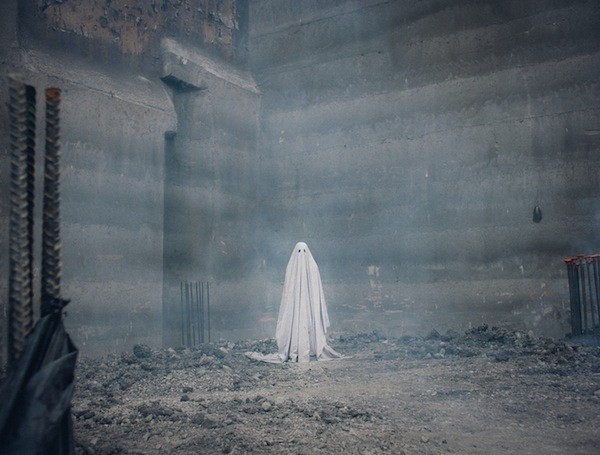 If the minds behind The Guinness Book of World Records ever elect to add a category called “Most Walkouts For A Single Movie,” then I expect writer-director David Lowery’s A Ghost Story might have a shot at grabbing the tarnished-brass ring. Moving at the speed of molasses trying to drip up a wall, the movie clocks in at just over 90 minutes, yet many fidgety viewers will swear it runs at least four hours. One five-minute scene consists of nothing more than Rooney Mara’s character eating an entire chocolate pie, and if there’s any sequence in the movie likely to leave an audience member shrieking in frustration and bolting for the adjacent auditorium showing The Emoji Movie, it’s probably this one.

Yet for those who can get attuned to its leisurely approach, A Ghost Story proves to be a fascinating watch. Lowery’s decision to have his film move with the speed of a turtle with four broken legs is a deliberate one, tying into the piece’s themes regarding love, loss, identity, and time. Especially time.

At its center is a young couple identified only as C (Casey Affleck) and M (Mara). The two are in love, with one of their relatively few conflicts coming from the fact that M wants to move from their present house while C wants to remain there. One day, C is killed in a car accident just outside the home, but he soon returns as a ghost. Intriguingly, the ghost isn’t some CGI specter or a Patrick Swayze hunk but rather a figure in a white sheet, the sort seen in Peanuts strips and in costume shops come Halloween. C remains in the house over the years/decades/centuries, and just when it seems the movie can’t possibly get any more existential, a leap is taken (both literally and figuratively) that spins it in a new direction.

Aside from one interlude with a chatty hipster (Will Oldham), the dialogue is kept to a bare minimum, another tactic that makes the movie feel longer than its actual running time. Yet Lowery’s approach is key in providing the picture with its melancholy mood, and he’s backed by a score from Daniel Hart that only emphasizes the pervading wistfulness. A mournful rumination on not only what it means to be human but also what it means to be something else entirely, A Ghost Story is a haunting experience no matter how you slice it.