A day in one of Charlotte's most popular sex boutiques

On the other side of the door

I walked into The Reddoor Store in Charlotte last week with no idea about what would come of spending an afternoon shadowing employees as they helped customers with all their sex-related needs or questions.

Happily, I was wrong. 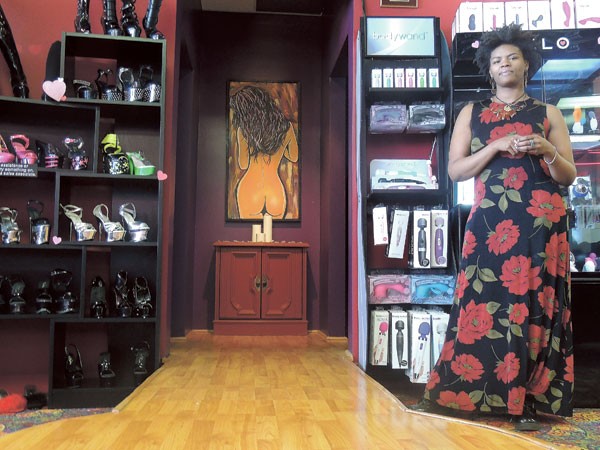 Brianna Daniels, a Reddoor sales associate, jumped at the chance and led the woman to a section of the store that held some beginner items.

Daniels, whose unofficial job titles include vag advocate and vulva aficionado, turned the woman's open palm over and described to her points of the vagina in relation to the space between her finger and thumb. Before I knew what was happening, all three of us were taste-testing different flavors of lube.

"I am an Aquarius, so I'm a humanitarian. I'm here to support people," Daniels said.

Daniels has been working at Reddoor on Independence Boulevard for about five years. She, as well as the others working in the store that day, couldn't imagine doing anything else.

Shane Cullipher, operations manager, has been there for nearly six years. He's seen his share of folks who want a cool part-time job but can't handle the day-to-day work the job entails.

"It's a cool job with a discount, but within a matter of moments, once a customer walks in that door, you have to become their best friend," Cullipher says. "They're going to tell you things they wouldn't tell their best friend. You become a relationship counselor and a sex counselor. There's more education to it than just being at a fun job. People who come here thinking it's going to be a fun job are out pretty quick."

As for the educational aspect of it, Daniels has become a "sexpert" on all angles of the game so she's ready for whatever comes through that door. She constantly corrects women who think they have ultra-sensitive vaginas but are simply experiencing negative reactions to rubber toys, latex condoms or lubes that contain glycerin or alcohol.

She's well versed in astrology, and might spin off an insightful metaphor about the difference between male and female orgasms seemingly out of thin air in the midst of a casual conversation with a new customer.

"A lot of times we're trying to make our orgasms like men's orgasms where it's expelling something or it's this massive grunt-fest and our bodies just don't respond that way," Daniels told one customer. "They're different vehicles. One's a manual transmission and one's a push-start car. For one, you've got to hold the clutch down and make sure you put it in the right gear, but if the keys aren't in the car you've got to start over. Once you get it, it makes sense and it's really easy, but people are just not trying to read the manual."

These conversations come natural to the sales team at the Reddoor because they're about that life. It seems that either Daniels or store webmaster Ashley Arnold owns or is familiar with every toy and item on the floor.

"I love to use it in Trader Joe's," Daniels said. "There's always so many people around and there's food samples. I'm just like, 'I'm going to get some good vibrations on my clitoris while I'm eating this wonderful snack.'"

It serves a more utilitarian purpose for Arnold, who clips it in at the onset of a panic attack and goes for a "nice little drive" that calms her down.

No matter how comfortable someone is with sex culture, however, everyone has their limits. Cullipher said he's never felt comfortable selling a certain item that's been growing in popularity in the S&M community: sounding rods, which are metal rods that are inserted into the penis through the urethra.

"I just love this whole midsection so much," Cullipher said, framing his groin area with both hands. "I believe it should be worshipped and not tortured."

One thing I couldn't help but notice while hanging out at the Reddoor throughout the afternoon was the noticeable diversity of the customer base. Just under 100 people come in to the boutique on a given day, and on that afternoon they included all (legal) ages and races and included a noticeable range of ethnicities that wouldn't be seen over four hours standing on most Charlotte streets.

By my account, a slight majority of customers were men looking for supplements that promise to increase stamina, size, ejaculate and a list of other things. 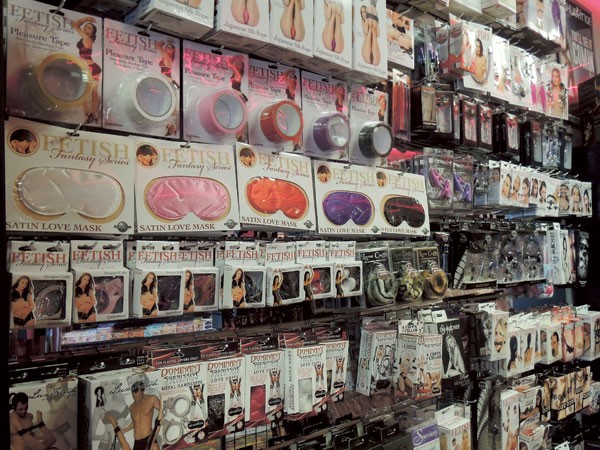 The items are so popular that employees remember a time from 2013 to 2014 when people would regularly shatter the storefront windows in the middle of the night just to grab a pill.

This sort of behavior, as well as the perceived — if misunderstood — atmosphere in a sex boutique begs the question: Is dealing with creeps a large part of the job description?

Arnold and Daniels agreed immediately that the vast majority of creepy stuff they deal with happens over the phone and not in the store. Daniels was put off by a call once during which a man admitted he'd been using pretzel sticks as sounding rods and wanted to know if they had anything smoother.

For Daniels, disconnection and disrespect can be bigger obstacles than the rare "weird" customer. In any circumstance, she uses the situation as a teaching opportunity.

"It's a whole lot of ego. A lot of guys come in here and they're like, 'You girls sell supplements?' When we say we do they're like, 'I don't need that shit but...' and I'll say, 'True, true, but please don't throw your money at me.' I check people on that shit; people not being present because then how does that trickle down into your sex life? I'm never mean about it but I'll tell them, 'I know you didn't mean anything by that but will you pass the money to me?'"

All in all, most Reddoor customers are normal people facing an obstacle in the bedroom and in need of help. The entire staff gets a sense of fulfillment from being able to release people from the anxiety of being uninformed or non-communicative.

"I know that we have saved people's marriages, and 99 percent of the time it's not even an issue between partners other than communication," Arnold says.

For Daniels, finding that issue and helping to fix it is what a day at The RedDoor is all about.

"Seeing the relief come out of people, seeing people relieved and happy about existing and being able to express themselves physically is huge," she said. "Ultimately, we all want to be loved, that's what I see. We want to be connected and we want to connect. The means in which we connect, the means with which we're available to connect, that is where the difference is."