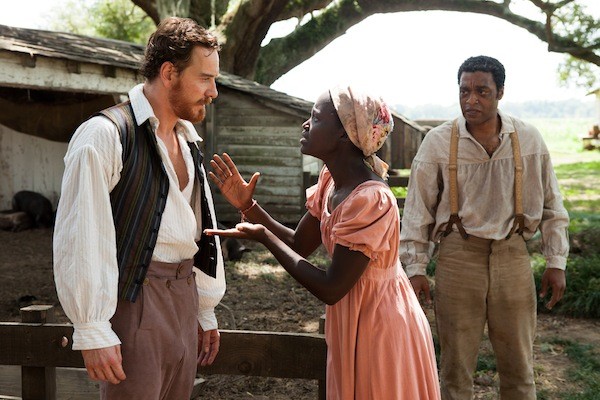 At the risk of sounding flippant, Steve McQueen's 12 Years a Slave will make an excellent bookend piece to Quentin Tarantino's Django Unchained, once it hits DVD early next year. After all, cinema's twin purpose is to educate and entertain, and 12 Years a Slave is certainly one for the history — and film history — books, using a chapter of reality to deliver a powerful punch to our learned senses. After seeing bad people get away with bad deeds throughout this picture, it would only be natural to seek a palate cleanser, and although it also contains many scenes of explicit brutality, Django Unchained at least ends with a former slave riding tall in the saddle after he's managed to blow away human vermin left and right. As he did with Inglourious Basterds, Tarantino offers the fantasy most of us want; McQueen, on the other hand, provides the reality many of us still refuse to absorb.

Slavery is such a cancerous tumor on our American heritage that it always amazes me that anyone can call this the greatest nation in the world with a straight face. (And before Tea Party putzes start twitching and foaming and seeking out my birth certificate, let me say that I also don't think it's worse than any other country, all of which have their own national disgraces.) Like the landmark 1977 miniseries Roots, 12 Years a Slave turns to recorded history to gather the evidence, but because it's an R-rated movie rather than a prime-time-friendly TV show, the ghastly sights and accompanying sounds on display in this new piece will disturb far more deeply.

Based on the same-named 1853 memoir by Solomon Northup, this shows how Mr. Northup (superbly played by Chiwetel Ejiofor) is enjoying life as a happy husband, a proud papa and, most crucially, a free black man in 1841 New York when his life takes a calamitous turn. Lured to Washington, D.C., under the pretense of employing his musical skills for the benefit of a traveling show, he instead is chained, beaten and provided with a new identity as a Georgia runaway named Platt. He's taken to a particularly capitalistic slave trader (Paul Giamatti), who in turn sells him to a soft-spoken Baptist preacher named William Ford (Benedict Cumberbatch). Ford, who owns a vast Louisiana plantation, admires Northup for his engineering skills, but trouble arises when one of his foremen (Paul Dano) takes it upon himself to teach this slave a lesson. Circumstances dictate that Northup be shuttled off to another owner, but unlike Ford, the sadistic Edwin Epps (Michael Fassbender) likes nothing about his new slave and seeks only to keep him down. 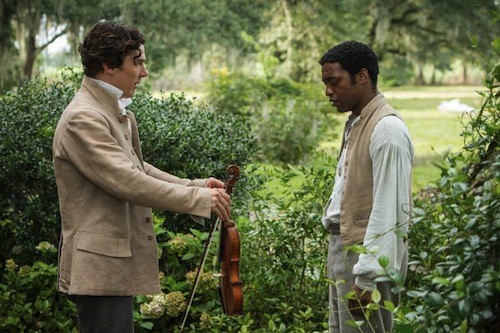 Knowing the story's outcome does nothing to lessen the potency of what's shown on screen, largely because of the courageous manner in which McQueen holds certain shots as if he's daring us to look away for even a second. We don't — out of respect as much as anything else — although it's especially hard during an excruciatingly lengthy sequence in which Northup, with his hands still tied and a noose still around his neck after an aborted lynching, stands on his tippy toes in an effort not to hang himself. Audience unease also solidifies when the focal point is Patsey, a young slave who stirs the lust of Epps and earns the hatred of his wife (Sarah Paulson). Making her feature debut, Mexican-born, Kenyan-raised and Yale-educated Lupita Nyong'o is outstanding in the role, as Patsey is willing to learn what it takes to survive (as Northup has done) but too boxed in to really persevere.

While Ejiofor and Nyong'o should emerge as the film's award contenders, Fassbender and Cumberbatch deserve mention for presenting wide contrasts in the banality of evil. Brad Pitt also turns up, although his character of Samuel Bass, a beatific Canadian laborer who believes in equality for all, would come across as a deus ex machina were he not based on fact. But Northup's memoir verifies that Bass was present, descending upon the scene like a shaggy angel. After two hours of witnessing Hell on Earth, viewers will take whatever Heavenly creature comes their way.