Considering I host the show 3 Wide Life, I couldn't have been more proud when my intern voluntarily went to cover nightlife at the track ...

Raise your hand if you like the idea of 10-15 unlicensed drivers behind the wheel, going around in circles and crashing into one another. You can’t see it, but I'm raising my hand ...

For the past four summers, I have been going to Lowes Motor Speedway for the Summer Shootout Series. The cost is a mere $7 a person — and just like at NASCAR races, you are able to bring a cooler … because the Beast of the Southeast is BYOB after all. 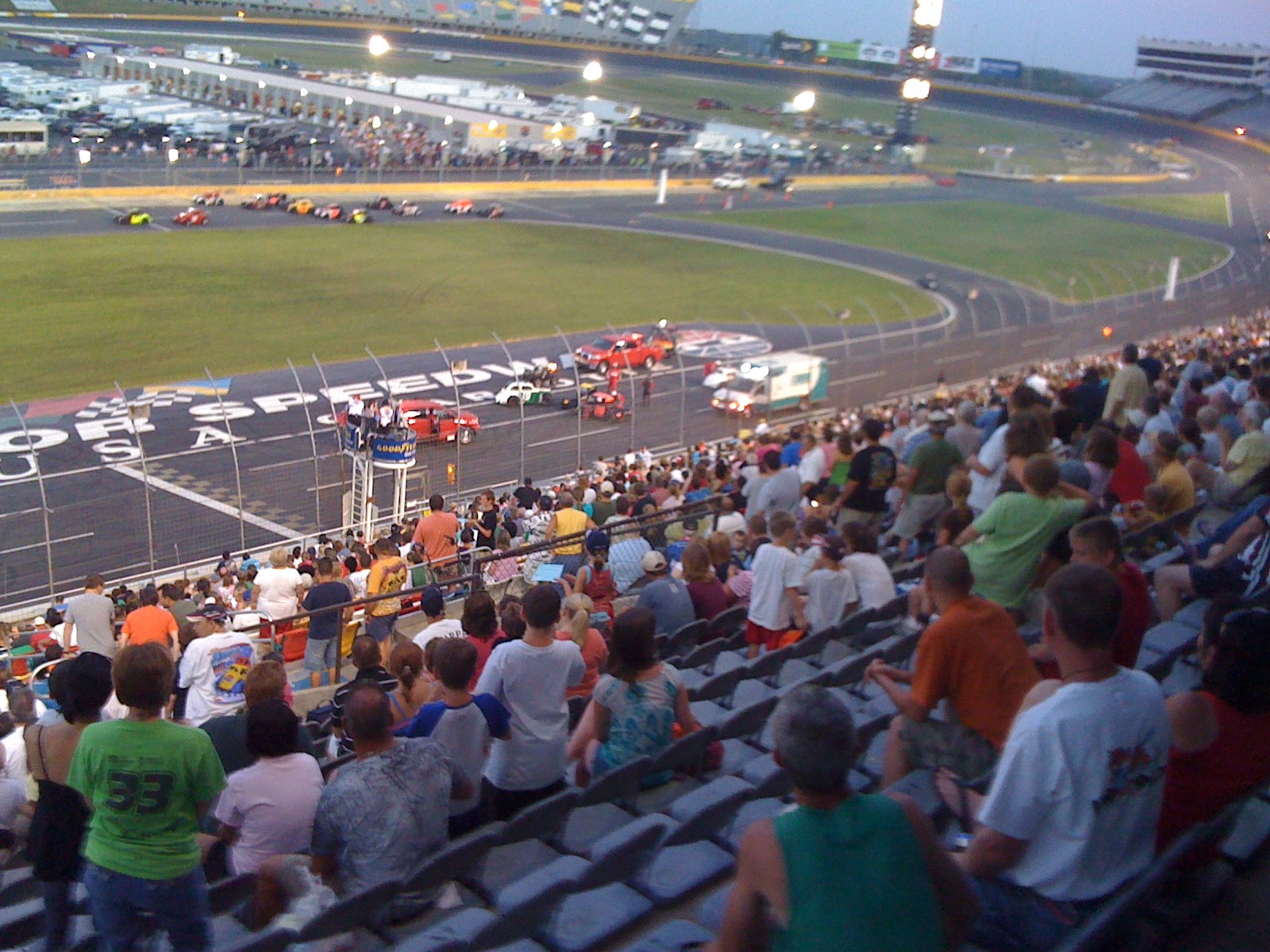 The Summer Shootout is racing in the raw — there’s the Bandolero BANDITS (8-11 year-olds), the Young Lions (12-16 years-old) and the Masters (40 and older). Meanwhile, semi-professional and professional drivers race round the front stretch and through the pits for 10-20 laps. There are plenty of crashes followed by hundreds of hoots and hollers from the crowd. Last Tuesday, one crash was so good — if it’s morally right to say that — that the ambulance had to come. No one was injured in the making of this entertainment.

At the end of every show, there is a special race where the vehicles can range from school buses to crash cars with trailers. This past Tuesday, the crash cars gave it a whirl. If I am not mistaken, the first car to cross the finish line with all trailer wheels still on the ground, wins. I couldn’t get good pictures, but that just means you have to see it for yourself.

This week’s race ended with a bang, literally. It was the Harrisburg fireworks night. "America the Beautiful" rang loud as the thunderous claps of fireworks echoed off the bleachers. Next race, the school buses hit the track for their turn at victory. How could you pass up an opportunity to pack a cooler full of beer and watch school buses slam into each other? Now that’s what I call wholesome family fun.