Getting down in the real downtown | Brittney Cason After Dark

Getting down in the real downtown

It’s no secret that Charlotte nightlife draws us in like a moth to a flame. However, despite being a wild child in the city, things are always sweeter in the South… in Ballantyne that is. And while I’m not a part of the million-dollar home owner’s association, I still know how to party like a Ballantyne baller. Despite being 30 minutes from the city, you’d think Ballantyne was a mini-Uptown. Don’t believe me? Let me give you the tour… 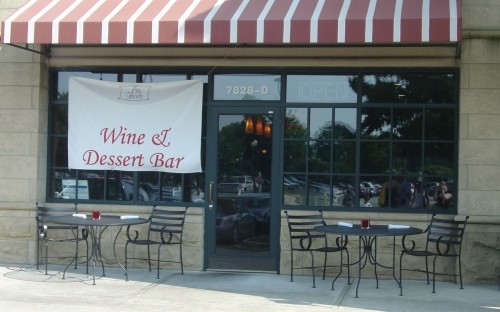 We have our own sinfully satisfying dessert place… at least, now we do. On June 19, City Tavern at Stonecrest opened its new Wine and Dessert Bar — and the place is totally sweet! The menu ranges from “Tiramisu” to “Death by Chocolate” — and when you take a bite, you’ll feel like you’ve died and gone to heaven. While City Tavern owns the Dessert Bar, it’s off to the side and has different hours. The bar opens 5 p.m. – closing, Thursday – Saturday. So pick your vice.

Speaking of vices, there’s also the D’Vine Wine Café. With its warm colored walls and comfy couches, the inside looks like a fancy Mediterranean villa. And alongside its menu of meat and cheese plates, you can dig into some Chocolate Dessert Sushi — make mine a Swedish fish roll!

Then there’s our celebrity hotspot. In fact, I guarantee you’ll see celebs like Stephen Spielberg and Jack Nicholson. And just because they’re on the wall doesn’t mean anything! Dan Morgan’s Cheese Mo’z specializes in coal fired pizza, but everything from the pastas to calzones is overflowing with cheese. And with the sportsman’s touch, the sports bar has televisions facing you from every angle. From restrooms with stars on the door, to the actors and actresses covering the walls, you’ll feel like you’re waiting for your big queue … just don’t forget to say cheese!

And that’s only a few places Ballantyne has to offer … there’s plenty to keep you busy before and after dark. So if you’re looking for a way to get down, come and get down in the real downtown.