Confessions of a Southern Slut, part 4

Don looked like your typical Charlotte tight ass. He wore a suit and tie, carried a handsome leather briefcase, and drove a shiny black BMW. He looked boring as fuck. When I asked Don to meet up for a drink after work, I had pure intentions. He's successful and I wanted to pick his brain about strategies for advancing in my field. I thought it might be fun to tease him a little, but up until that point we had not even flirted, so I didn't expect much.

We sat at the bar and ordered a couple drinks. We did start out talking about business. He had some valuable insights into the company and where it was headed. I wondered if I should go back to school to beef up my resume. He said I was better off to save that money and find ways to better showcase what I already know and do well. His career path was a bit unorthodox and he challenged me to think creatively about my path.

And then he asked me about my relationship, or lack there of. (Danger! Danger!) I told him that I was taking a break from relationships and pursuing pleasure instead. I was exploring hedonism. He calmly took off his suit coat, loosened his tie, and ordered another round.

Don was six months post break-up. He admitted that he sometimes gets lonely, but then confided that being single again has been wonderful because it allows him to indulge his fantasies. He decided that before getting into another relationship, he wanted to try anything and everything.

Don was getting more interesting by the minute...

He paid the bill and walked me to my car. He thought I was a bit too tipsy to drive and he invited me up to his condo across the street to sober up. How convenient. I took him up on the offer. I walked in and went straight to the wall of windows overlooking the city. I was trying to make out some landmarks when he walked up behind me, lifted up my dress, and slid down my panties. I turned around to kiss him but he put his hands on my shoulders and motioned me to my knees.

(He said later that he'd never kiss me because kissing is intimate and he didn't want me to catch feelings for him. Who is he? Julia Roberts in Pretty Woman?)

I sucked his cock as he leaned against the windows.

He wanted me to deep throat him but I told him I didn't know how. "Just relax" he said as he pushed his dick farther down my throat. I started to gag and apologized, but he told me he liked to see me gag. My willingness to succumb to him was hot, he told me. After I actually did gag down the front of my dress, I started to take it off and get more comfortable, but he told me not to. "Keep it on," he demanded. The messier I got, the more turned on he got.

"You're bleeding," he said. I sat up and could see a stain on the red rug. "Oh gosh, I'm sorry!" I was mortified. That rug probably cost what I make in a month! He smiled, maybe even laughed. I think he took that blood stain as a badge of honor. "I had my hand in you up to here!" he bragged as he pointed to his elbow.

I must have had a look of horror on my face because he quickly assured me, "Damn, that was hot!" I was pleased that he was so pleased. But I was also sore.

He brought me a glass of water and helped me gather up my things. As we walked to the elevator, I noticed he had a dozen or so tattoos. "That's hot!" I laughed. I told him I had always thought he was super boring, but now I know his dirty secret. "Why did you show me that side of you?" I asked him. "We work together, how do you know I'm not going to trash you?"

He shrugged his shoulders and said, "You looked like you needed it." 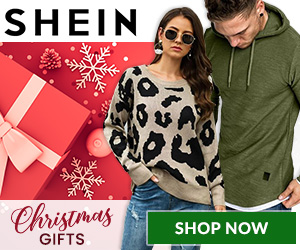