Just for men: Bedroom products for him 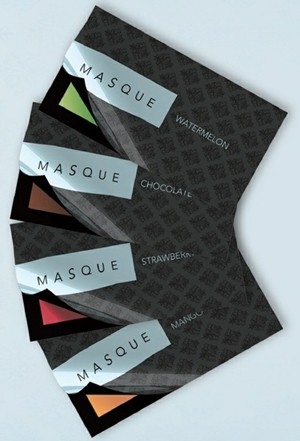 The paper-thin, gel strip dissolves on the tongue and works for 15 minutes by blocking the salts, protein and bitter tastes sometimes associated with oral sex on a man. They come in four flavors - watermelon, strawberry, mango and chocolate. A three-strip pack costs $9.95.

Real-life review: I passed out samples to friends and received positive feedback. Women found the flavors surprisingly appealing and enjoyed the opportunity to try something new. However, if a woman has always been reluctant to perform oral sex, this strip isn't going to instantly change her mind. The strips were most appealing to women who already enjoyed oral sex and thought this might increase their enjoyment.

A common complaint among men - and their partners - is that they want to last longer during sex. There are many variables that can affect any one experience, but if premature ejaculation is a persistent problem, men are sometimes prescribed a daily does of SSRIs or strong topical creams that can transfer to a partner and therefore require use of a condom. In cases where PE leads to relationship distress, sex therapy offers useful, non-medical, interventions. It would be great if PE could be treated 100 percent naturally, but not all men are willing to be that patient.

If PE is a problem for you, Promescent may be your least invasive, quickest and most affordable option. A few sprays of this topical anesthetic to the head and the shaft of the penis is absorbed into the skin and will last for 30 to 60 minutes. Because it is absorbed quickly and any excess is wiped off, it is not transferred to a partner. Dosing can be adjusted to find the right sensitivity.

Real-life review: Although none of my guy friends admitted to needing this product, several of them did give it a try. They report that it allowed them to last 10 to 15 minutes longer. A few guys initially agreed to try it but were scared off after reading the instructions, which mention "excess numbness." Used correctly, however, that shouldn't be an issue.