Let down your hair (and bra) during amateur night at a strip club?

I realize that having a bucket list of things to do before you die is no novelty. Most people do, in one form or another. Mine is scribbled out in an old leather ledger that my ex-boyfriend gifted to me on a birthday back in college. He was great at gifts and that ledger, still cherished, has made it through several moves and subsequent boyfriends. I often talk openly about my scribed list of things to accomplish pre mortem. It serves as good dinner or "getting to know you" conversation.

What I don't candidly discuss is my top secret internal list of things I'd like to try before death that I would NEVER, even if threatened with water torture or fiery torches, want anyone to have knowledge of. That register is hidden in the most shadowy part of my brain space, for me and me alone. Well ... until now, where I will very publicly confess and detail one line item in particular:

I strongly desire to perform in an amateur night at a strip club. 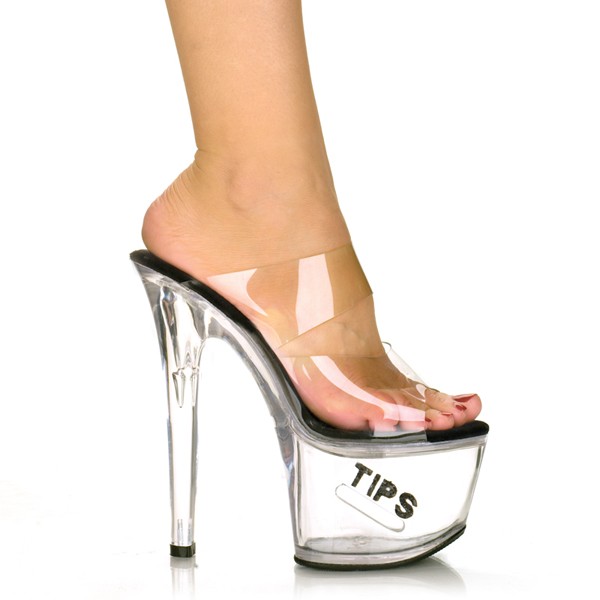 The yearning started when I was in middle school. I was watching MTV, without my parents' knowledge or permission, at a friend's house when the seed was firmly planted. The plot to Aerosmith's "Crazy" music video unfolded before my young eyes, and I wanted nothing more than to live with the frivolity of Liv Tyler or Alicia Silverstone in that moment. I wanted to go topless while riding in a retro convertible. I needed to feel the wind in my hair and the deliverance of doing something so very opposite of the girl that I was at the time. As the scene ended where they tag-team a burlesque dance for money, I committed to myself that I would, at some point when I wouldn't get grounded for it, shed my goody-two-shoes image. I would one day choreograph a sex-kitten routine during which I would take my clothes off for an audience of completely enchanted strange men.

I revisited this commitment privately for the remainder of middle school, high school, and for the years and months that I was living on Boston during my "sewing wild oats" epoch. I made mental note of possible song choices and attempted to work out my moves from time to time. On multiple occasions, I found myself asking actual exotic dancers what kind of lotion they used and where they got their outfits and platform shoes. I've even tried on aforementioned feathery/leathery/meshy/rubbery/acrylic ensembles.

It wasn't until recently that I realized I would never actually go through with my meticulously blueprinted plan. Not for lack of longing, but because of logistics. I can barely touch my toes, sexy really isn't in my wheelhouse, and I can't walk strongly in heels more or less get oiled up and dance in them.

Now, I'm nearing the victory lap of my youth, the year of 29, and I've had to come to terms with a lot of things. I'll probably never be a hip-hop dancer. I'm going prematurely gray. The ship where I go topless in a convertible on a dirt road has definitely sailed. However, there is no reason for all those years of research and due diligence on how to successfully prepare to be a stripper for the length of one song should go to waste. Thus, I am now readily sharing all of these secrets and this wealth of very specific knowledge with you.

Below is what I've gleaned from my reconnaissance work in many the strip club over the years. This is intended for all you girls who grew up stifled and straight as an arrow, but secretly want to shed all inhibitions for a singular booty-shaking song, or just win the $1,000 in prize money.

* Don't over-think your "look." Men are there for the fantasy, yes, but that doesn't mean that you should shove yourself into something that is the farthest thing from something you would actually wear. If you're completely uncomfortable, it will show - as I learned once when I was judging an amateur night at Uptown Cabaret and one girl basically walked in a small circle and kept her arms over her belly the entire song. It was painful to watch, like when people are delusional about their talent on American Idol. Also, don't wear ridiculous makeup, i.e., rhinestones on your face or purple lipstick. Do not, under any circumstances, make pouty faces. In fact, I suggest smiling and making eye contact. Sex sells, yes, but so does affability.

* Song selection is critical. Choose a song that reflects your personality - unless it's a country song. Stripping to a country song never seems to go well. Choose something demographically sentimental to your audience, i.e., something from the 80s or 90s. Think Ginuwine's "So Anxious" or Color me Badd's "Sex you Up." There is some irony in the latter, which will be a differentiator.

* Learn one or two solid pole tricks. This is a must, but it's not easy ladies. I always say that one of the big injustices in America is the lack of acknowledgment for the athletic integrity of pole tricks. However, please don't go purchase one of those flimsy poles that you can throw up in two seconds; you will bust your face.

There are a few burlesque and pole dancing classes around Charlotte (see www.poledancecharlotte.com and www.teasefitnessboutique.com), and I highly recommend them for both the much needed practice, and the entertainment value from getting to play with the props!

Forge ahead and allow me to live vicariously through you, you temporary women of the night. Today's woman, particularly here in the South, so often finds herself walking the tight rope between traditionalism and wanting to live out loud and whip her wild hair. No one says you have to choose. Amateur Night may not be on your bucket list, secret or otherwise, but letting your bad girl show from time to time is something that every woman should do. Let your alter ego out occasionally, make notches in your bucket list, and relish in it before it's too late.

Megan Henshall is a project coordinator by day, favorite child, rollerskating enthusiast, blogger, and lover of all things social and under appreciated. For more writing/ramblings/rants visit www.dearsuchandso-keyboardventing.blogspot.com.