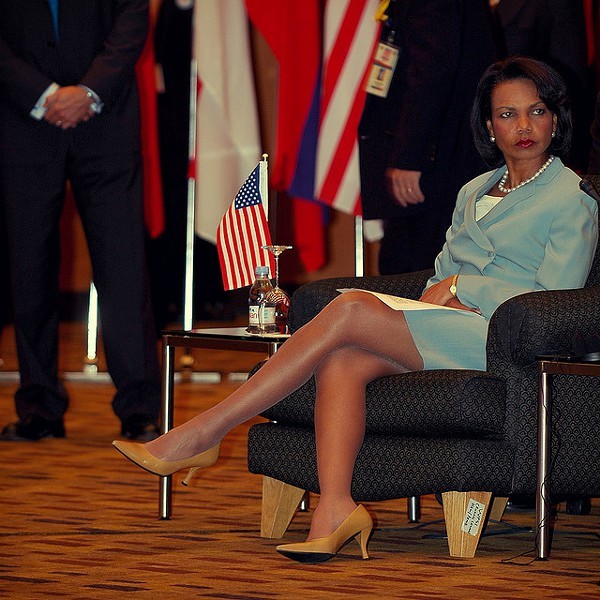 Gadhafi's crush makes me wonder why dictators have such strange and secret (or not so secret) behaviors. Before anyone gets started, I'm not saying having a yearning for Rice is strange — she's an attractive enough woman. But to have a secret photo album of the woman — strange!

Flash forward three years, when Libyan rebels moved into Gadhafi's Tripoli stronghold and took control. There, left behind in the compound, was Gadhafi's dear Leezza, her image affixed to the pages of a photo book.

Rebels leafed through the album Wednesday after finding it as they rummaged through Gadhafi's Bab al-Aziziya compound.

Rice did not immediately respond to requests for comment about the discovery of the photos. In Washington, State Department spokeswoman Victoria Nuland was also asked about the album.

"I don't need to see the photos," she said. "But bizarre and creepy are good adjectives to describe much of Gadhafi's behavior. So (it) doesn't surprise me. It's deeply bizarre and deeply creepy, though, if it is as you described."