Two people are dead after what police are describing as a domestic-violence-related shooting. Charlotte-Mecklenburg Police officers responded to the Park Creek Apartments on Thursday to investigate multiple calls to 911 that gunshots had been fired inside an apartment.

When officers arrived on the scene, they found Edris Gbarlee Juyenneh Dickson and Darron Orlando Davis inside the residence, both suffering from apparent gunshot wounds. Davis was transported with life-threatening injuries by Medic to Carolinas Medical Center. He later died. Dickson was pronounced deceased on scene by Medic. 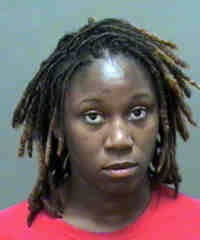 Based upon information and evidence gathered on the scene, Dickson reportedly shot her boyfriend multiple times and then turned the gun on herself. In addition, at the time of the shooting, a female called 911 and stated that she shot her boyfriend; she then hung up the phone.

What's not clear in this story is who the abuser was. Or if this shooting could've been prevented. Was there help for Davis, if he was a battered man? According to the Mecklenburg County Sheriff's Office website, Dickson was arrested last year for carrying a concealed weapon, a gun.