Why The Craigslist Killer movie on Lifetime sucked 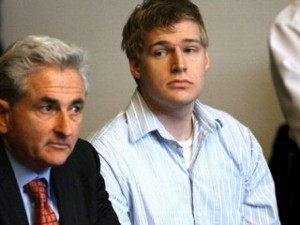 Last week, I was flipping through the channels and found out that Lifetime was doing a movie about The Craigslist Killer. I was kind of excited.

Big sigh — I was wrong. Here's what the real Markoff did:

Markoff was a Boston University medical student, charged with the 2009 murder of Julissa Brisman, a masseuse he was said to have met with via a Craigslist appointment. Markoff, who pleaded not guilty, was also charged with robbing another masseuse at gunpoint four days prior to the murder.

There were even reports of him going to fetish sites and things of that nature. Guess what Lifetime did? Glossed over this, as well as the women he robbed and killed, and focused on his whining wife-to-be. Talk about a waste of two hours.

Lifetime even cleaned up his suicide scene, which ABC News reported like this:

A law enforcement source told ABC News that Markoff was able to take a razor blade from one of the disposable razors jail inmates are allowed to use, and he used it to slash not only his wrists but also the femoral artery in his leg.

He then wrapped the wound in his leg in a garbage bag to conceal the blood, and put another garbage bag over his head and tied it tight around his neck, the source said.

Lifetime's ratings grab fell short, and with a story this juicy, it's a shame. This movie could've used some of its two hours to inform people how to use the Internet safely, because with stories like this and the death of Charlotte resident Nikki McPhatter, who met her killer online, shows that the danger is real.