Breaking the law in bed in North Carolina 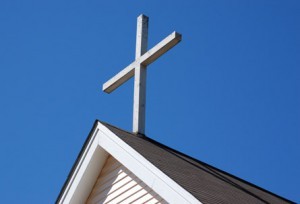 We're all criminals. We're all breaking the law every chance we get.

Not you, you say? That's a lie, according to Dumblaws.com. We're all doing something in North Carolina that's illegal when it comes to sex. Sadly, most of us aren't even getting paid for it.

North Carolina has specific laws about sex and if you're over 21, you've probably broken many of them.

Oral sex is considered a crime against nature.

While having sex, you must stay in the missionary position and have the shades pulled.

It is illegal to have sex in a churchyard.

All couples staying overnight in a hotel must have a room with double beds that are at least two feet apart.

And here is a Charlotte specific law that is broken every weekend at the EpiCentre:

Women must have their bodies covered by at least 16 yards of cloth at all times.

Here's a law that you might like, especially if you have a commitment shy boyfriend or girlfriend.

If a man and a woman who aren’t married go to a hotel/motel and register themselves as married then, according to state law, they are legally married.