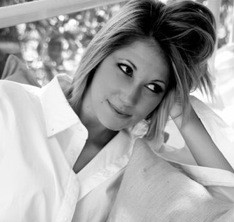 “I need help finding a good one. I tend to chase the bad ones.”

Said by any of my girlfriends, this would come as no surprise, as women tend to have this one thing in common. As a former member of Dramaholics Anonymous, I was well versed in the bad ones. Potheads, compulsive liars, cheaters — those were my addiction and now, thankfully, part of a very distant past.

But this particular morsel of honesty came via e-mail from a high-school acquaintance who just happened to be one of those most attractive guys at my school and clearly wasn’t having any problems in that department in adulthood.

After joking that we may be two of the last people in our graduating class who haven’t gotten married yet, he told me he’s been having trouble finding a woman who wasn’t married, didn’t already have kids or didn’t come with a sizeable amount of drama.

And he isn’t alone.

Take Brian, a 22-year-old (albeit young but wise-beyond-his-years) friend of mine. In a recent conversation, Brian confessed that all he wants is a girl to take care of. A nice girl. Someone who doesn’t wear clear heels on a Friday night and whose idea of a good time doesn’t involve body shots. “You know, someone I can just curl up next to and make breakfast for in the morning. Someone I don’t have to worry is going to sleep with my roommate tomorrow.”

Or my friend Mike, who at 29 is tired of having to hold a girl’s hair back over the toilet at the conclusion of an otherwise fun evening.

Now, you can say these guys are responsible for the types of women they attract, but after surveying the scene here in Charlotte, I’m going to have to side with the boys. Ladies, before you get all up in arms about this, I’m not saying that there aren’t bad men out there. There are. Everywhere. But I guess I always just assumed that this kind of disappointment was primarily a female problem. And I think we all know what happens when you assume.

As women, we’re brought up to believe that we’re the prize. That men are the ones who need to change, who are innately defective in this scenario. But being the fairer gender does not exclude us from common decency and otherwise respectable behavior. Before you head out for another weekend of pantyless bull riding — and later find yourself complaining that there are no good men out there — consider the fact that you may not be a good woman. Because there are good men. They just no longer want your kind of drama.