Can you really be mad at this former teacher? 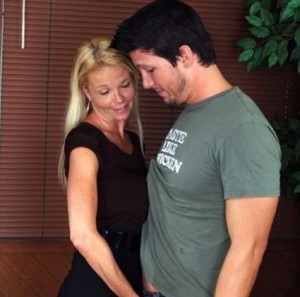 If sex got you fired, wouldn't you use sex to continue working?

That's what a Florida teacher is doing and response ranges from outrage to eh.

Tiffany Shepherd was fired from her job in April, 2008 when:

administrators learned she was moonlighting as a bikini mate on a charter fishing boat. A spokesperson for the school district said Shepherd was fired for missing too many days at work, and that the school didn't know about the charter boat job until after she was terminated. Shepherd also claimed she turned down a lucrative offer from Playboy because she didn't want it to affect her chances of teaching again.

According to WOAI, Shepherd said she didn't have much of a choice:

Since she was let go, Shepard says she has sent out thousands of résumés and no one is interested in her teaching skills.

She’s also lost custody of two of her kids to her ex-husband and has been evicted from two apartments.

The former biology teacher, who goes by the screen name "Leah Lust," says she has already filmed scenes for five different movies.

But can you really blame her for selling sex to keep food on the table? At least she wasn't molesting her students. If teachers were paid more, she wouldn't have had to have a part time job on the boat where the pictures were taken.

And let's be real, it's freaking Florida. Who doesn't put on a bikini and hits the beach?