Pep in your step

Kama Sutra position of the week 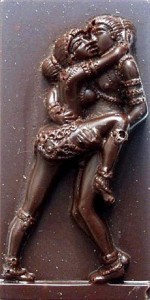 As I read the description of the Whale and Pufferfish, I realized that I do this all the time.

I had no idea I was a master of the Kama Sutra, just kidding. But if you're looking to spice up your night, try this on for size:

a satisfying sexual position in which the woman is laying on the bed with her legs up and around the male's torso allowing deep penetration.
This position is crazy and will allow both parties to climax very quickly. To start off this position, the woman will lie down on the bed, with her head on a pillow. Then she will raise her hips and take her weights on her shoulders and neck. The man will then kneel down in front of her . He will use both his hands to hold her buttock for support and control the movement. The woman every five seconds blows air into her cheeks and lets the spikes protrude from her back. She has become feral. At this point, the whale must calm and soothe the fearful and powerful pufferfish. The whale bellows deeply as the pufferfish slowly releases air through her nose valve...while slowly removing the last of their clothes. Then they do it donkey style; the point when the whale and pufferfish become one in congress.