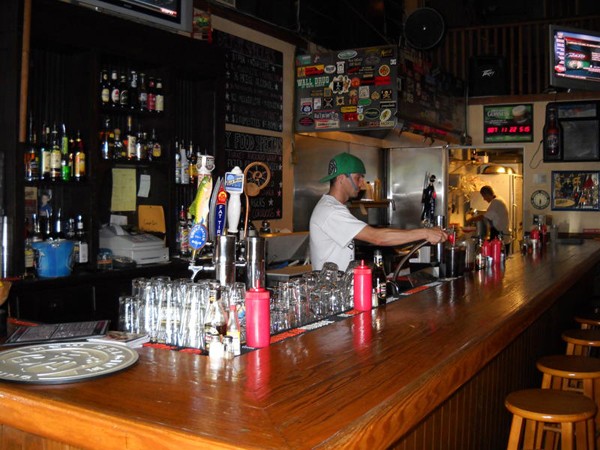 This week is the two-year anniversary of Comet Grill.Well, OK, they’ve actually been open for 14 years. However, it is the two-year anniversary of Tommy Noblett becoming the new owner. During its lifetime, the bar has earned several awards, like the best place to listen to bluegrass by Southern Living and the best French fries in the city, by Elevate Lifestyle. After hearing all these great reviews, I went and talked business Noblett ... in-between his celebrating that is.

Just in case you haven’t been before, the Comet Grill is a two-story bar nestled in a shopping complex on Park Road. The bar provides for an intimate and private nightlife experience. “We’re your true neighborhood bar and grill,” Noblett said. And Comet Grill really lives up to that title. In the time I spent speaking with the owner, his appreciation for the bar and its history shone through. “I’ve worked here for 10 years, and when the previous owner talked about selling, I took over,” he said. And even if I’d never spoken to Tommy, the passion the owner has for his bar would come out in the décor.

The entire entrance wall is covered with music memorabilia from all the bands that have played at the Grill. From black and white photos, to eye-catching paintings, the wall shows a pride for their local artists. In fact, one of the paintings showcases the bar’s most beloved musician — the previous owner, John Wickes. There’s even an old poster for the Lenny Federal band, who play alongside Wickes at the Grill every Friday night. 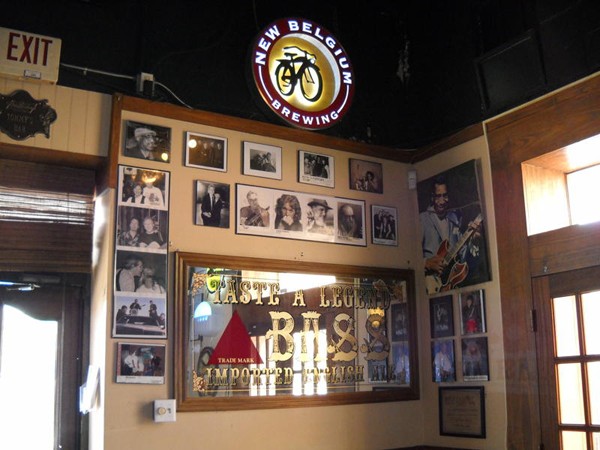 As for the rest of the bar, Noblett admits he’s refurbished a little. “I went ahead and added new banisters to the upstairs, repainted the walls, and then I added this dark, wood display case behind the bar,” he said. And the new display fits in nicely with the polished, pine-colored bar, which spans the length of the left side of the Grill.

But most of the owner’s time has been spent on redoing the outside patio. “It’s become my personal project,” the owner remarked with a smile. “I’ve torn down three trees since I took over.” And Noblett has far more in mind when it comes to the patio. As for now, a high wood fence encloses the space, and allows for privacy from the rest of the shopping center, while still giving guests a spot in the sun.

And with a reputation for the best fries in the city, I can’t leave out Comet’s cuisine can I? Everything is freshly made at Comet. There’s daily specials, such as the Fried Pickle Sandwich on Tuesdays ($6), or the Meatball Marinara on Fridays ($6). But there’s also seasonal specials, too. That way, no matter when you visit Comet, there’s always something different to try. As for the fries? A basket only costs $4.

From the walls decorated with history, to the owner’s own past with the bar, what sets Comet’s Grill apart from most Charlotte bars today is its history. Noblett said he’s seen the worst of it during those years. In fact, you could say the world around Comet Grill caved in at one point — literally. “They pretty much demoed this whole area a while ago, and business was bad for a while —but I finally have my parking lot back,” he commented with a laugh. And since then, business at Comet Grill has never been better.

So it turns out, while 2nd birthdays are usually accompanied by the expression “the terrible twos,” business has been anything but terrible for Noblett. Perhaps in the case of Comet Grill, we should rename it the tremendous twos? Happy tremendous twos Comet Grill!