Long-term travel truth: One in, one out

One in, one out. It's a concept not a lot of us here in the United States really flirt with much. It means when you bring one thing into your life, you exfoliate another right on out of it and oh my, is it liberating.

I started this one in, one out thing rather randomly this time last year. I was getting ready to travel for some weeks and started to realize that I had duplicates, triplicates and sometimes even, unfortunately, quadruplicates of things. Stuff that didn't even matter, really. Not enough to have multiples of. Example: Bobby pins. I had 5 containers of them. Why? Another example: iPhone 4G charging cables. Oh my word, I was swimming in charging cables.

The whole situation was downright ridiculous. I had all of this crap I was schlepping around that didn't mean anything to me sentimentally or otherwise so... why did I possess it? I resolved to purge all but the most sentimental or highest quality of the items.

Once I began getting rid of things, I didn't stop. Soon, there were bags of items by the door waiting to go somewhere. I did not choose to do this with duplicates of things that are actively used, mind you. The fastest realization comes about how so many things aren't  actively used than when it's being realistically considered as something you definitely must have above all  others like it. 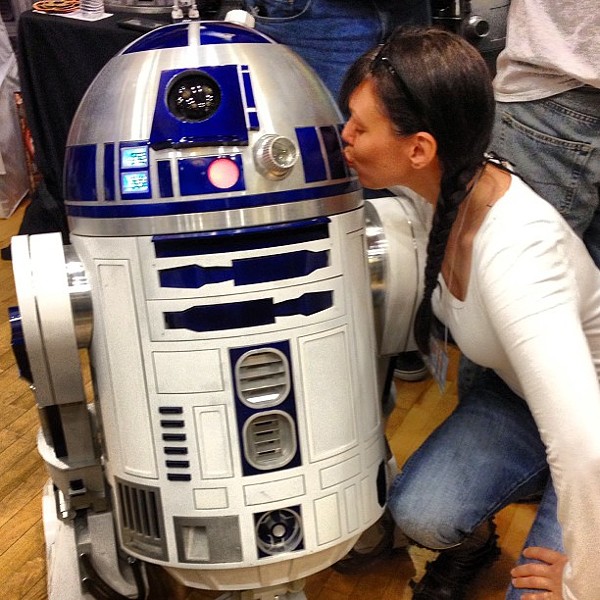 Over time, I started noticing my possessions becoming high quality as a whole. When I find myself wanting to purchase something, not because I need it but because I want it, I consider if it's an upgrade to what I already have and if what I want has nicer features. If it's not, I put it down. My wallet loves this.

When I get back, I get rid of the old one. This is where things become important. You have to get rid of things, something we have no problem doing here in the U.S. The key is to not acquire more after you get rid of all of this stuff.

I chose to give the bags on bags on bags I put together full of duplicates to Uptown homeless women one by one on Christmas Eve last year. It was cold and rainy and to end the relationship with my possessions on a high note was even more encouraging. It made it easier knowing the things went directly to women who would put the items to good use, unlike what was happening to them in my possession.

The sheer amount of things we own builds up and creates psychological burdens in our minds with the space they take up. Sadly, we don't even notice the burdens are there. It's a heaviness that is sneaky and you don't know it plagues you until you're rid of it. Think of it as death by 1,000 cuts. Each one doesn't hurt but, ultimately, it's not good in the end for us. There's much freedom to be found in one in, one out and now above all is the time to chase it. Happy holidays, everyone!