Wanderlust: A tale of two wolves

December 05, 2013
comment
There's an American Indian tale of an old Cherokee man talking to his grandson: "My son, there is a battle between two wolves inside us all. One is Evil. It is anger, jealousy, greed, resentment, inferiority, lies and ego. The other is Good. It is joy, peace, love, hope, humility, kindness, empathy and truth." The boy thought about it, and asked, "Grandfather, which wolf wins?" The old man quietly replied, "The one you feed." 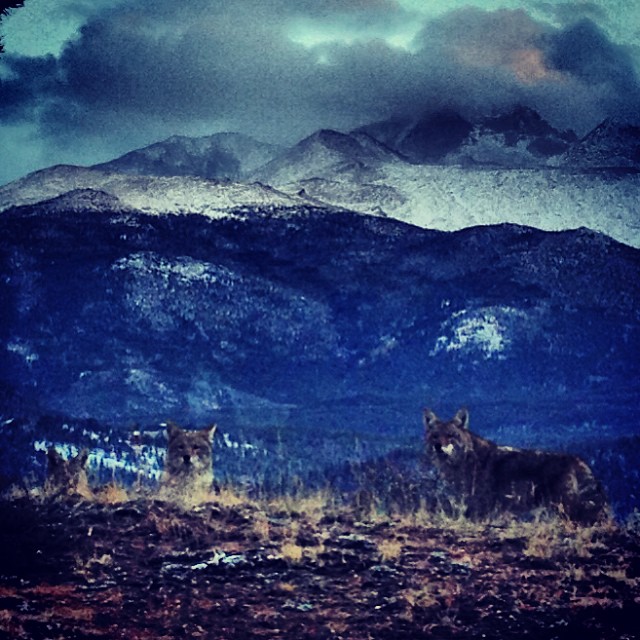 Wanderlust is much like this battle of two wolves. It can consume you in one of two ways: Either by freeing you or destroying you.

Wikipedia defines wanderlust as "a strong desire for or impulse to wander or travel and explore the world." I assert that this definition is far too shallow. Wanderlust, once it overcomes a person, is incurable and unquenchable. It's something that propels humans to the ends of the Earth. It's a feeling of yearning, of wanton, of being compelled to go.

It's so much more than just a desire or impulse.

Not everyone understands the intensity of wanderlust, so with it comes its own troubles. When two wanderlusters meets, there's almost always an instant connection - and I'm not talking about anything remotely sexual. For people in a romantic relationship with a traveler, that instant connection can sometimes be hard to understand, especially when a traveler speaks fondly of an amazing experience with someone else in the past. When you aren't consumed with it, it can be difficult to comprehend another person's unquenching desire to roam, to put him or herself in precariously fun situations, to eat delicious, potentially poisonous, street food, to meet the world's colorful, warm people.

Finding deep and fruitful human connections with people who are feeding their good wanderlust wolf is finding friendship on steroids. Such little time is actually available to forge meaningful friendship, so the inclination is to make fast friends really, really fast. Twenty questions in a hostel later, wanderlusters have met their new (right now) BFF and off they go, gallivanting and exploring the world together, doing epic shit.

But inevitably paths must change, and the only thing left is a friendship that is so uniquely intense that these people seek to recreate this feeling together in other places, and suddenly long-term travel companions emerge. I have a few of them. Mario Chammoro, Kris Krug, Ayesha Sayed, Latifah Rahmdel, Kat Haber, and Andrew Hyde are all some excellent examples. We met in Doha, Qatar, and have subsequently met up in other places because that first experience was so life-changing.

Being consumed with wanderlust is manifested in the ongoing relationships you have with others while feeding your good travel wolf. It's not simply a calling or an impulse to travel - it's an addictive, life-affirming ephemera acquired through travel embodied in the ongoing relationships between travelers, no matter where in the world they are.  Wanderlust has just as much to do with these friendships as it does actual travel. Speaking as someone consumed by it, I can attest that nurturing travel friendships is likely what keeps me traveling so much. These are also the people that can help nomads and travelers stave off homesickness. James Taylor once said, "I didn't have a home at the time but that didn't keep me from being homesick." That really hits the nail right on the head. Those who can commiserate are the ones to best comfort, sometimes.

Perhaps the most important thing to remember if you indeed are overcome with wanderlust is that not everyone actually gives a shit that you are having such amazing experiences living the rad life. That's a bit of tough love, I know, but it's the truth. It's important to nurture relationships that keep you grounded alongside travel friendships. People might wind up resenting you because they can't, won't, or don't seek the kind of life you do. Gary Arnt of Everything Everywhere wrote a great bit on exactly this in his post called Help Eliminate Pretentious Travel Douchebag Syndrome, which I recommend every traveler read.

Activities like those Arnt mentions - talking about the recent trip you took even though no one asked you about it, trying to one up people with your travel stories, saying how things are better somewhere else, constantly wearing clothing or other items you bought on your trip to show them to people - serve as a good example of what feeding a bad wanderlust wolf can result in: you becoming a pretentious douche that people find annoying to be around. Travel changes us in ways we don't understand until we return. If you don't sense that and become more self-actualized from travel, you're doing it for the wrong reason.

In 2014, I encourage you to feed your good wanderlust wolf, to get out even if it's just around the block, to explore with no map or set path. The world is really, really big - that I can promise. What I can also promise is that you'll be happier for it. If your New Year's resolution is to be happier, consider adapting the mindset that you are a global citizen and that this big rock is your address. The worst thing that can happen is that you turn out better for it in the end, and I think we can all agree that the world is better off with more good wolves in it.