July 24, 2013
comment
Stoners the world over have graduated. Not just from college, where they're using their engineering degrees to make homemade bongs, either. The weed connoisseur set has graduated in efficiency, health consciousness and snobbery as well. Gone are the days of rolling up a jimmy, grabbing a BIC and passing the dutchie pon de left hand side. Butane produces headaches and can further damage your lungs, as can inhaling the rolling paper. Potheads have officially moved on from all of that childish riffraff. 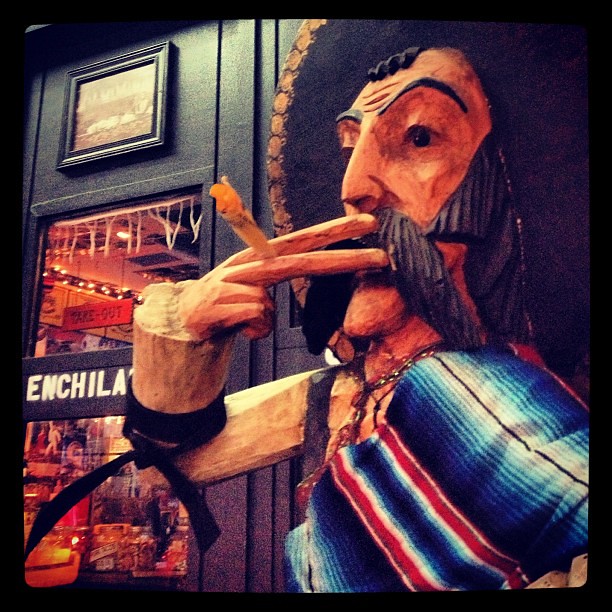 On a recent trip to Colorado, I visited a friend in Boulder, a notoriously pot-friendly town. Upon walking into the apartment where we met before lunch, I noticed something that looked like it belonged in a science fair or lab. Turns out, it's this fancy new thing called a dosa dome. It's used to smoke budder, or butane honey oil (aka BHO), that's whipped into an ear wax type of texture. I hear nothing produces a high more than this stuff.

There's even a compact, travel-friendly thing called a vape pen (short for vaporizer pen) for the on-the-go herb nerd. This thing comes with a USB charger! Ganja and computers FTW!:

Upon further investigation into all of this new-school weed goodness, there was also this "autobong." It doesn't work with BHO, but it's still very science fair-ish:

Bonus discovery from California, another Mary Jane-friendly place: Mangoes. It turns out that if you eat an over-ripe mango about 30 minutes before consuming cannabis, it can dramatically increase your buzz. From The Weed Blog:

Science plus weed plus fruit - what could go wrong? No matter what your preference is (or, should I say whatever you have access to, since BHO is presumably difficult to get ahold of in Charlotte) now you, too, can get up to date on your medicinal (or otherwise) enjoyment, new-school style.

So, what say you? Anyone care to share their experiences with any of these things? Holler in the comments!

Teaser image is a screenshot from this video by jkid4life. No weeds were harmed nor laws broken for the production of this story.