A short ride on the MTR subway from mostly anywhere in Hong Kong, Mong Kok is the market district that features little street shops to buy anything you could possibly ever want, and it is crazy amazing. From animals to clothing to electronics to food, Mong Kok is where it's at. Holy mass of people, batman! It's tough to even know where to start: 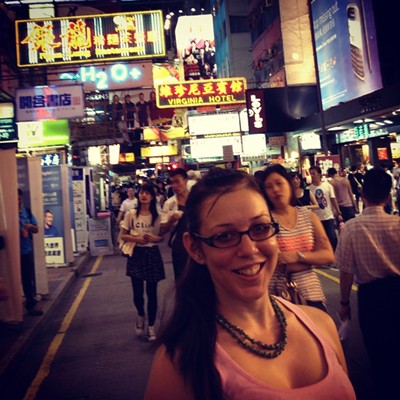 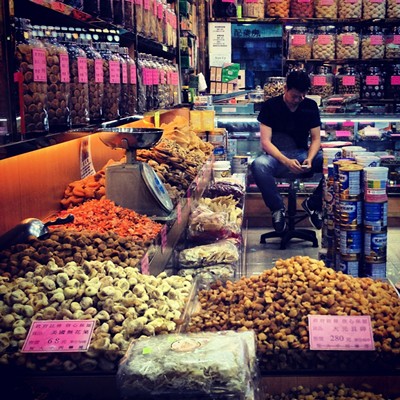 The buskers here are pretty stellar, don't you think?

People in Hong Kong (well, not just here but in the rest of the world, too) don't seem to have the same hang-ups and desire to be completely removed from what the food being eaten actually is, particularly when it comes to meat, as Americans are. There are also seemingly more vegetarians in other parts of the world, too. Vegetarianism after this trip might be something for me to think about, you know, since I'm a world famous flexitarian. Hong Kong was a meatsravaganza.

Personally, every time I go to Asia, I really make it a point to have squab (or pigeon, for those who want to call it what it actually is and not some fancy-pantsy name) because it is delicious. If you like dark meat poultry, you like dark meat poultry, even if it's a common bird like pigeon. I'd venture to say it's my favorite bird to eat ... even the brains. Mmmmm. Brainnnnnnssss. 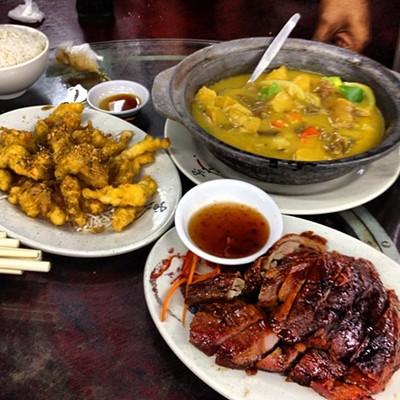