A donkey of a different color

It will be a historic week of celebration for Democrats when President Obama comes to Charlotte for his party's convention in September, but the scene is likely to be an ironic footnote before a period of darkness. Come November, state Democrats are at high risk of losing statewide elections that would shift political power for years to come — and unravel decades of their predecessors' work. 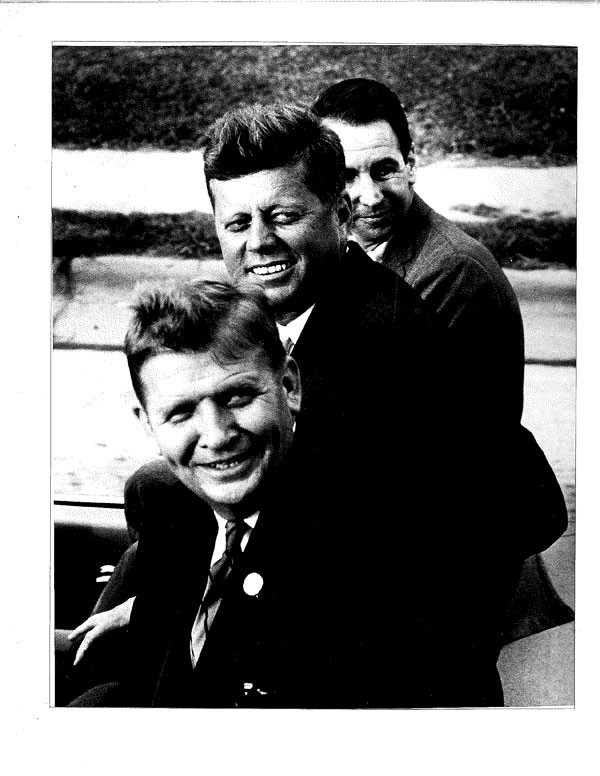 What is at stake for state Democrats? Control of both the General Assembly and the governor's mansion, at least one of which they've held since the beginning of the 20th century.

"It was really remarkable that Democrats stayed in control of the legislature and the governor's mansion for so many years, when, in the South and around the country, there was more back and forth," said Gary Pearce, a Democratic strategist.

The momentum has already shifted in favor of Republicans. For the first time since Reconstruction, they retook a majority in the General Assembly in 2010, and GOP gubernatorial candidate Pat McCrory looks poised to stave off his Democratic opponent Lt. Gov. Walter Dalton.

Obama can survive losing North Carolina, but defeats further down the ballot would not only embarrass him; they would have potentially disastrous public-policy consequences for minorities and the poor.

A complete shift in power is perhaps inevitable, considering that white conservative politics, even under Democrats, has almost always dominated the state.

Conservative populism began early on, when North Carolina hesitated to ratify the U.S. Constitution, demanding protections for liberty and individuals in the form of the Bill of Rights.

"There was a very strong sense of anti-authoritarianism, a strong distrust of centralized government," says Karl Campbell, professor of history at Appalachian State University. "You saw that distrust play out in our political culture."

Taking a cue from their Dixie cousins, Democrats in North Carolina came to represent anti-government aristocrats, white supremacists and shrewd mill town businessmen once the party was established in the 1820s.

"These would essentially be conservative populists, and that's a Tea Party kind of theme," says John Hood, president of the Raleigh-based conservative think tank the John Locke Foundation.

Those early Democrats ratified Jim Crow-style electoral reforms that suppressed black voter turnout at the dawn of the 20th century. Modern attempts to dissuade minority voting have come from Republicans, like McCrory, who support a policy that would require valid identification at polls. Critics have said such legislation would have a similar result in depressing black votes. Gov. Bev Perdue vetoed the GOP's latest effort in 2011, but McCrory's camp is banking on its eventual success.

For the budding textile and farming industries, around the turn of the 20th century Democrats developed a progressive streak that sought government funding for public works projects and education. Better infrastructure and education meant more efficient businesses and smarter businessmen.

"These businessmen were progressive, not liberal, and wanted good government, roads and better education," Campbell said. "But they were not for participatory democracy, and they were wedded to white supremacy."

That good ol' boy club was challenged for the first time by one of its own, W. Kerr Scott, in 1948. That's when "you really see a governor that can be properly identified as left of center," Hood said.

Scott pursued an agriculture-friendly economic agenda and worked behind the scenes to circumvent racism by appointing men who were allies of equality. He appointed the liberal UNC Chapel Hill President Frank Porter Graham to the U.S. Senate in 1949 to replace dying colleague J. Melville Broughton.

"In 1948, it is clear that the party is slowly going to turn to Civil Rights, so from then until 1960 was a period of transition and upheaval as the party tries to reconstitute itself," Campbell said. Scott and Graham caused a schism in the party that divided the segregationists from the moderates.

When Graham stood for election in 1950, he faced a semblance of the old Democratic party in arch-conservative Willis Smith. It was the ugliest election in nearly 50 years, as Smith accused Graham of having communist sympathies — and painted him as an anti-segregationist, a widely unpopular label in a state still in Jim Crow's clutches.

"That was a milestone," Campbell said, "and also the birth of the progressive wing of the North Carolina Democratic Party and the conservative reactionary wing that would become the Republican Party of today."

A 20-year political transition ensued as arguments over civil rights, women's rights and the anti-war movement caused rural white conservatives to slowly abandon the Democratic Party for a Republican Party that had been largely defunct in North Carolina. Democrats who remained embraced a moderately liberal agenda focused on social progress and economic development, and advanced North Carolina from a sleepy agricultural state to a booming home of technology and research.

"The real reason they were so successful was that they followed a model that was moderate, progressive, and pro-business," said Gary Pearce, who worked for Democratic Gov. Jim Hunt. "They had the ability to bridge gaps — racial, business and labor, regional."

This set the stage for the current two-party dynamic; with Democrats now the party of minorities and college-educated liberals in the big cities and Republicans the standard barrier for the suburban rich and the deeply religious rural conservatives. Both parties struggle to capture the soul of a state that values tradition and progress, a concept that "allowed for John Edwards and Jesse Helms to sit in the Senate at the same time," said Michael Bitzer, associate professor of politics and history at Catawba College.

Where are their priorities?

Democrats can embrace both ideals by pushing investment in economic development and supporting buy-local campaigns and infrastructure improvements that would create jobs. That way, they'd capture key voting demographics in years to come.

"The long-term demographics favor the Democratic Party's growth, as Latinos, African Americans and young people are agreeing with them on the issues," Campbell said.

But those demographics present problems for the election at hand. Republicans redrew district maps for Congress and the state legislature in a way that favors their party. These new maps create long and winding districts that lump African-American voters together, creating few truly Democratic districts, while whitewashing the rest, giving conservatives an advantage.

"I don't see any way right now, under the current maps, for the Democrats to retake the General Assembly this cycle," Bitzer said.

Because the party is being challenged across the country, House Minority Leader Nancy Pelosi recently asked Democratic candidates to avoid the Democratic National Convention and instead focus on campaigning. But as hosts, North Carolina's will have to do both. Question is, will all that confetti distract them from the race of their lives?